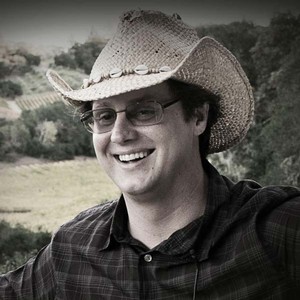 Jeremy Justin Nickel was blessed to grow up in an agricultural family that always sought to exceed the highest standards. From a young age, Jeremy's father instilled in him the mantra that success is derived from three fundamental principles: Integrity, passion, and elbow grease.

Today, Jeremy not only lives by these teachings, but like his father, is driven by these ideals. These traits inherently led Jeremy to create of a tribute wine dedicated exclusively to the production of a cult Cabernet Sauvignon warmly branded "TVH" in honor and appreciation of his late father, Gil, who passed away in the fall of 2003.

Jeremy grew up in San Francisco during the school year, but spent his summers in Oakville, California. Home was the north wing of the Far Niente winery (in Oakville, adjacent to the Harlan and Mondavi estates) where he lived with his father Gil Nickel and his stepmother. After graduating from Southern Methodist University in 2001, Jeremy quickly returned to Napa Valley and began working for his father’s wine business as a sales representative. Jeremy transferred to the hospitality department to assist with the grand opening of his father’s second winery in 2003

As a philanthropist, Jeremy is passionate about his charitable works in Africa, education, and cancer research- the disease that struck his father. 10 percent of all proceeds generated by TVH go toward one, or more, of these causes every year. Jeremy also shares his father's passion for motorsports; see jeremynickelmotorsports.com for more details.

*The Vineyard House is an independent business venture owned and operated by Jeremy Nickel and is not associated or affiliated in any way with the Far Niente, Nickel & Nickel, Dolce, EnRoute, or Bella Union wineries.